F1 fans have been treated to a rarity at the start of the 2021 season: in all three of the opening races of the year, wheel-to-wheel moments between title rivals Lewis Hamilton and Max Verstappen have played a significant role in deciding who went on to win the race. Both drivers are enjoying their battles at the moment, which they believe have been on the limit but not over it. But how long can that level of respect and clean racing go on for? Is it inevitable that eventually something will go wrong and they'll end up colliding? Scott Mitchell takes a look 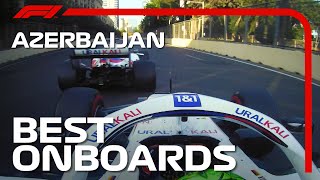 Math Has a Fatal Flaw

The Story Of The Most DRAMATIC Formula 1 Season Ever (2012)

Why Red Bull will have a unique F1 engine advantage

Why Verstappen's special F1 driving style is a myth

The Illegal Formula 1 Innovations Making A Comeback In 2022

Too slow or too many mistakes? Why Red Bull’s losing the F1 title fight

Why F1 teams have become obsessed with narrow nose designs

Who Will Have A Bigger Impact on the Title: Bottas or Perez?

CATCHING THE CRIMINAL WHO BROKE INTO MY CAR! #shorts

Welcome to the Internet - Bo Burnham (from "Inside" -- ALBUM OUT NOW)